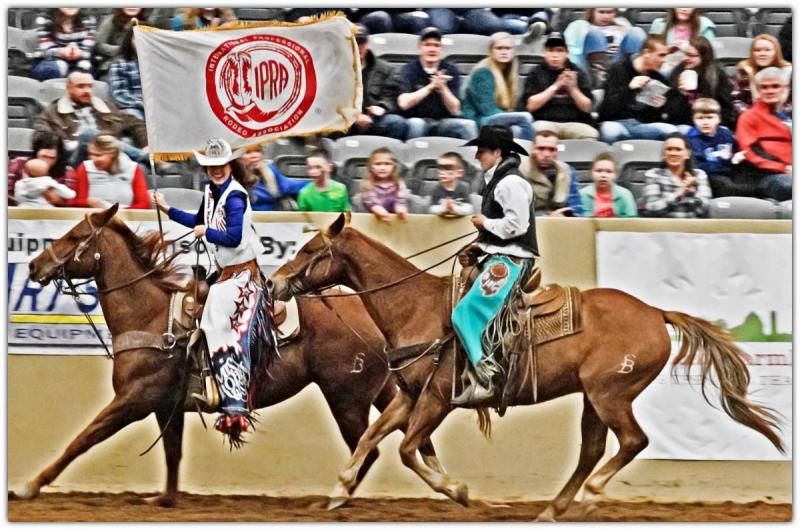 Canada showed out in the steer wrestling with two Ontario cowboys winning first and second. Tyler Foster took the Steer Wrestling average, winning both go rounds and the championship with an even 7.0 average on two. Matt Fisher dogged down a 9.0 average, taking second.

Seth Driggers and Justin Pruitt had a good lead on the team roping average with a 12.9 to take home the championship. Father and son duo of Oklahoma Shayde Kreder and Shawn Kreder won second place with an average of 17.3.

Reigning World Champion Saddle Bronc Rider Austin Joseph dominated the event, winning both rounds with a total of 160.5 points, securing the average. New York cowboy Raymond Hostetler was close behind with only 3.5 points separating him from the championship.

The All Region Tie Down Championship buckle is going back to Missouri with cowboy Blake Ash, who won the first round and secured the average with a 17.5 on two runs. Glenn Jackson brought home the second place title with an average time of 18.8.

South Carolina cowgirl, Kolby Whitesell, roped a fast 1.5 in the second round, an incredible comeback after not placing in the first round. Whitesell averaged a 5.1 on two head, taking the title by over a second lead. Kayla Berger started off strong, splitting the first round win with Lindsey Wentworth, and taking home second place in the average with a 6.3.

Oklahoma Cowgirls dominated in the Cowgirl's Barrel Racing and it was a close race. Kara Kreder is bringing the All Region Cowgirl's Barrel Racing title back to Collinsville after winning the first round and the average with a 30.727. Brandy Sams of Beggs, OK brings home a very close second place after winning the second round with a 15.360 and an average time of 30.795.

Georgia cowboy, Hayden Burdick, wins the All Region Bull Riding Champion title, after being the only contestant to cover two bulls. Burdick took a large lead in the average with 158.5 points. Corey Bailey, Reigning World Champion Bull Rider, took home second with 85 points towards the average.

Check out IPRA's fresh, new website at https://www.ipra-rodeo.com/ for the most up-to-date results, standings and schedule. The website was done by Donnie Bell Design.

About The Kentucky Horse Park:
The Kentucky Horse Park is a working horse farm/theme park and equine competition facility dedicated to man's relationship with the horse. The park is an agency of the Kentucky Tourism, Arts and Heritage Cabinet that showcases the many equestrian breeds and disciplines of the American horse industry, and hosts a number of high profile horse shows and special events each year attracting visitors, competitors and horses from across the United States and all around the world. The park is home to the International Museum of the Horse, a Smithsonian Affiliate, dedicated to exploring the history of horses and their impact on human civilization, as well as the National Horse Center, comprising national, regional and state equine organizations and associations. Information about the park’s programs and activities may be found online at www.KyHorsePark.com, and on Facebook, Twitter, Google+, Instagram, and Periscope.

About IPRA:
The International Professional Rodeo Association (IPRA) has been providing rodeo excitement for more than 60 years. From big cities to small towns, from major league stadiums to portable arenas, the IPRA is the sport’s second largest professional rodeo association sanctioning nearly 400 rodeos. The IPRA is keeping the spirit of the west alive from coast to coast throughout the United States and Canada.