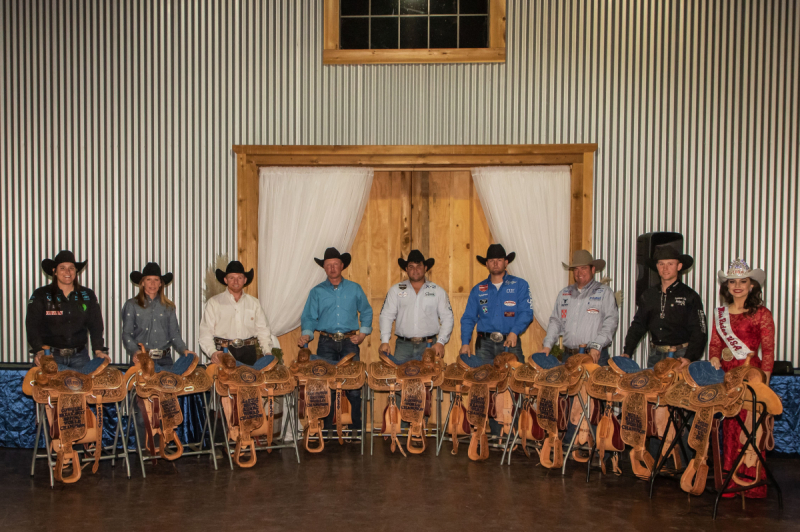 Despite all of the challenges 2020 brought to our lives and to the world of rodeo, the IPRA was proud to be able to crown their 2020 world champions and celebrate their accomplishments at the 51st edition of the International Finals Rodeo.  The fabulous Lazy E Arena in Guthrie, OK was home to IFR51 and a full week of rodeo action.Bareback rider Austin Graham of Jay, OK was on fire and claimed the win in the average. This was Graham’s 5th trip to the IFR, and he picked up 3 round wins and the average.  Josh Cragar of Columbia, TN bested Danny Weil of Mooreland, OK by $282.48 to claim his 4th world title. Header Dustin Egusquiza of Mineral Wells, TX came from 13th to pick up the average win and his second gold buckle.  Coming from 12th in the world standings was Dustin’s partner, Travis Graves of Bluff Dale, TX.  Graves left the Lazy E with his first world title in the IPRA. It was a hard-fought battle for the gold buckle in the saddle bronc riding.  Cody Goertzen of Tuttle, OK came in leading the pack, but the number two man, Kody Rinehart of Rienzi, MS came out on top at the end of the fourth round.  Former world champion, Raymond Hostetler of Campbell, NY took the IFR average win. Tie-down roper Trent Creager from Stillwater, OK made his 13th trip to the IFR and earned his 2nd gold buckle.  Andrew Burks of Kiln, MS earned the average win and finished number two in the world standings. Barrel racer Julie Thomas of Ranger, GA came into IFR51 in the number one seat.  She and Amos continued their winning ways and earned their first gold buckle and the IFR average win as well. The girls in the breakaway roping came into IFR51 ready to throw some line. Rookie breakaway roper, Kelsie Chace of Cherokee, OK not only earned the rookie buckle but also walked away with a world championship as well.  Miami, OK’s Addee Carder made her IFR debut and earned the average buckle. Deklan Garland of Foster, OK came into IFR51 in the lead for the world title and was determined to leave with the gold buckle in his hand.  He won the first round, 2nd in the 3rd round and earned 2nd in the average.  It was 18-year-old Lukasey Morris of Union City, OK that took the win in the average. The IFR spotlight shown brightest on rookie cowboy, Marcus Theriot of Poplarville, MS.  He not only earned the rookie of the year in the steer wrestling, but he also dominated the event placing in three of the four rounds and winning the average. Theriot was also solid in the tie-down roping and earned 3rd in the average to move in to the number one seat in the coveted all-around race over veteran cowboy Justin Thigpen of Waycross, GA. After the weeklong Miss Rodeo USA pageant, Kylee Campbell from Hazel Green, AL earned the crown and will be the traveling the country as the official ambassador for the IPRA. The WRCA presented the Top Hand Award to saddle bronc rider Kody Rinehart of Rienzi, MS for the high money earner at IFR51.