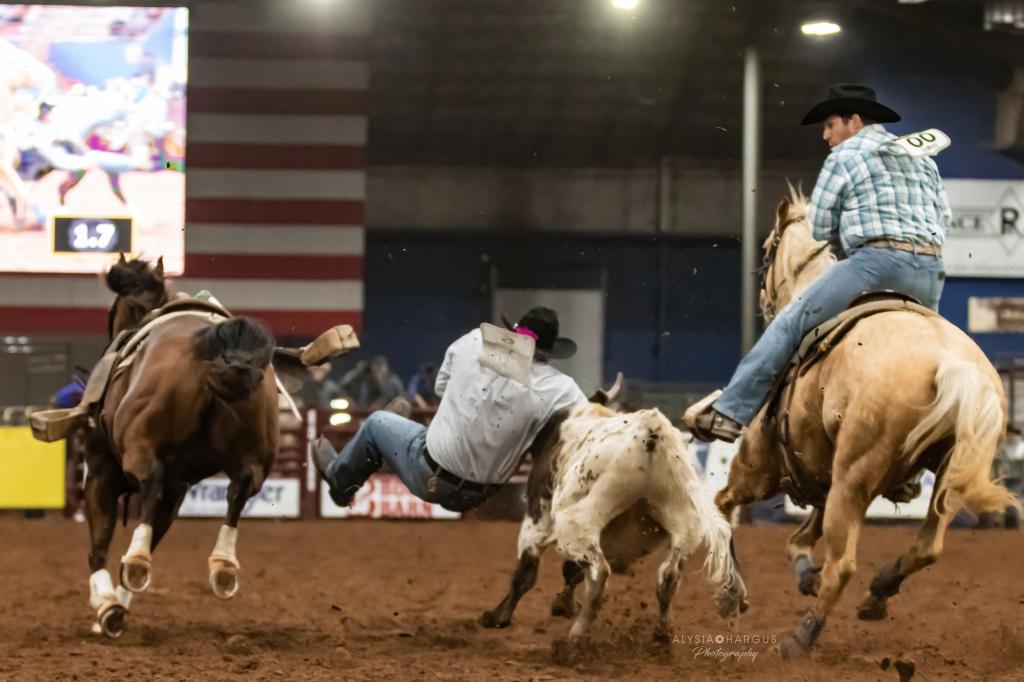 ALL-AROUND ROOKIE OF THE YEAR

By the 4th round of IFR51 competition, there was no doubt that this rookie cowboy was in a league of his own.  “I will definitely remember my first IFR,” said Marcus.  “My favorite event is steer wrestling, but I grew up tie-down roping, so that’s the event I’m most seasoned in, but I head in the team roping the most.”

Theriot started in 7th position in the steer wrestling world standings.  He finished 5th in round one then rallied back with a 3.9 second run to take the win in the second round.  A 4.7 second run in round three earned the rookie a 3rd; place check followed by a 5.5 second run in round four that earned another 3rd place check.  He walked away with the steer wrestling average win, the gold buckle, and the rookie of the year title.

In the tie-down roping he won 3rd in round three and earned 3rd in the average. “I didn’t make the finals in the team roping, I messed up and didn’t get qualified,” said Marcus.

“I plan to be back at the IFR every year I can.  My goal for next year is to win the Triple Crown in the timed events.”