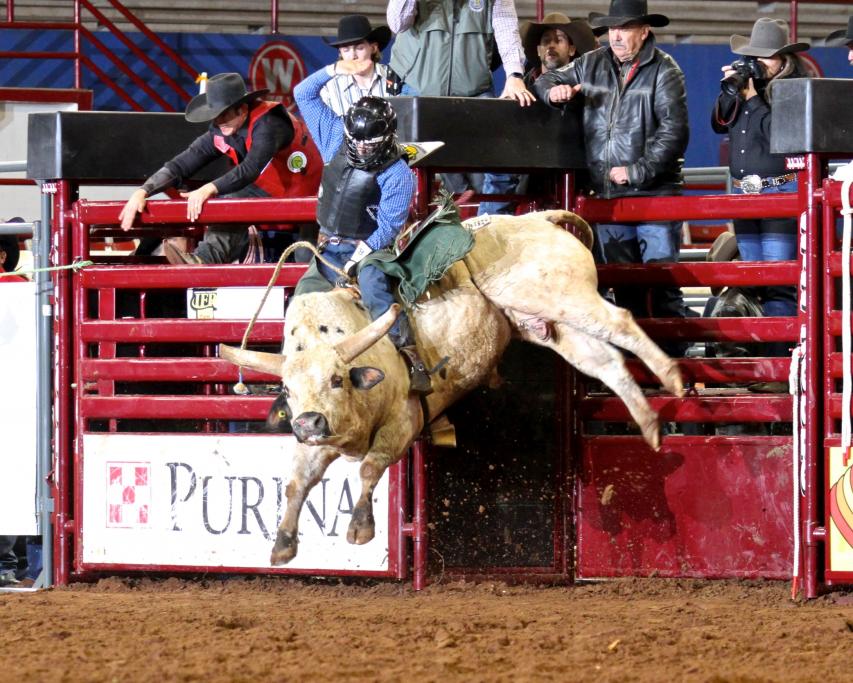 Corey Bailey earned his 4th consecutive world title at IFR50.  “It felt good to win the world even though I didn’t have the finals I’d hoped for,” said Bailey.  “My first gold buckle was by far the hardest one I earned.  I didn’t get started until June of that year and had to work hard to get to enough rodeos.  This season was the least number of rodeos I had went to in a season.  I decided to retire after this IFR, and I had to wean myself off.”

“The decision to retire had been weighing on me for the last 2 years.  I’m really tired of traveling and being away from my wife.  We are planning to start a family, so I want to be home for that.”

“My favorite rodeo of 2019 was probably Evansville, IN, they had great crowds and a good rodeo,” said Corey.

“Advice I would give to a young bull rider is to keep going and practice daily.  Determination and try are important.  When I was in high school, I’d get on practice bulls every chance I got.  I’d usually get on 3-4 a day.”