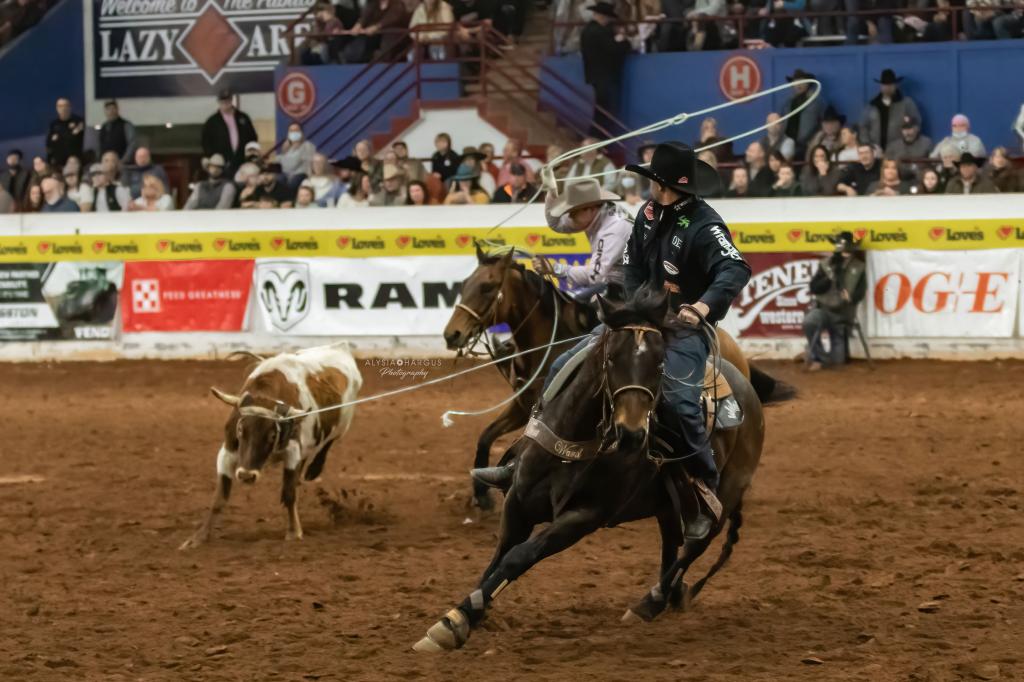 Dustin has been a lot of miles and roped a lot of steers since his first IPRA world championship in 2015.  He came into IFR51 in 13th position in the world standings.  But before the end of the 4th round it was evident that this team was making a statement.

“I really didn’t think it was possible that we could win the world,” said Dustin.  “We came in so low in the standings, but after the

3rd round, Travis Graves and I were winning the average and realized this really could happen.”

The duo of Egusquiza and Graves split 2nd in the first round with a 4.8 second run.  They took the win in round two with a time of 4.6 seconds.  They earned 3rd in the third round with a 5.2 second run and were 5.9 in the fourth round taking the win in the average and the gold buckles.

“I plan to be back at the IFR next January,” said Dustin.  “It was a great rodeo.”