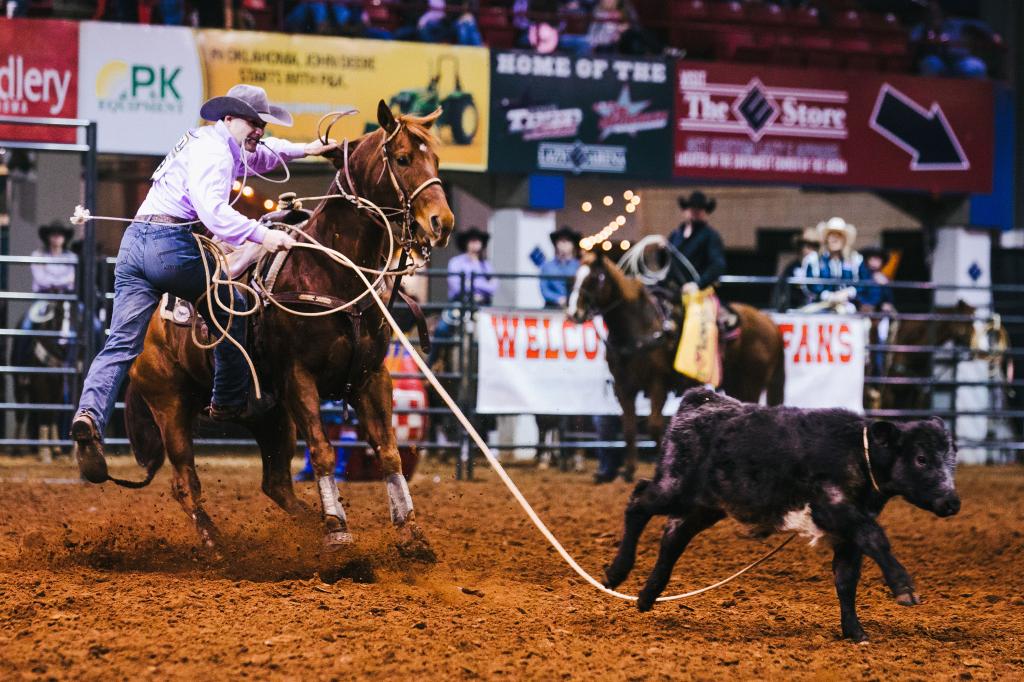 What did Jarod Nooren do after winning the world title at the Lazy E Arena…he went to Disney World!!  He’s not convinced it’s the happiest place on earth!”

“It was pretty amazing to win the world title; I didn’t think it would happen.  I’d finished 2nd three times out of the 5 times I’ve made the IFR.”

“I did my best to stay focused at the IFR and just took it one run at a time.  I tried not to let the standings get to me, I just tried to win on each calf I drew.  I’ve matured a lot and learned not to beat myself.  My roping has really changed a lot in the last 2 years.”

“According to my mother, I made anything I could get my hands on into a rope when I was little.  I got a pony when I was 6 and had two brothers, I had to share it with.  My dad bought a horse to ride so he didn’t have to lead us on foot.  The only 2 rodeos I’d get to see on TV were Calgary and some of the NFR in December.  I thought the roping was the coolest thing and when I was 10, I knew I wanted to rope.”

“When I was in college in Altus, OK, I got to rope with Rick McLemore a lot and he helped my horsemanship and mental game.  We came down a week and a half before the IFR and stayed with him and practiced every day, he had me ready.”

“I want to spend as much time as I can with my family this year and rodeo some.  Like last year, as long as I’m winning, I’ll keep going.”