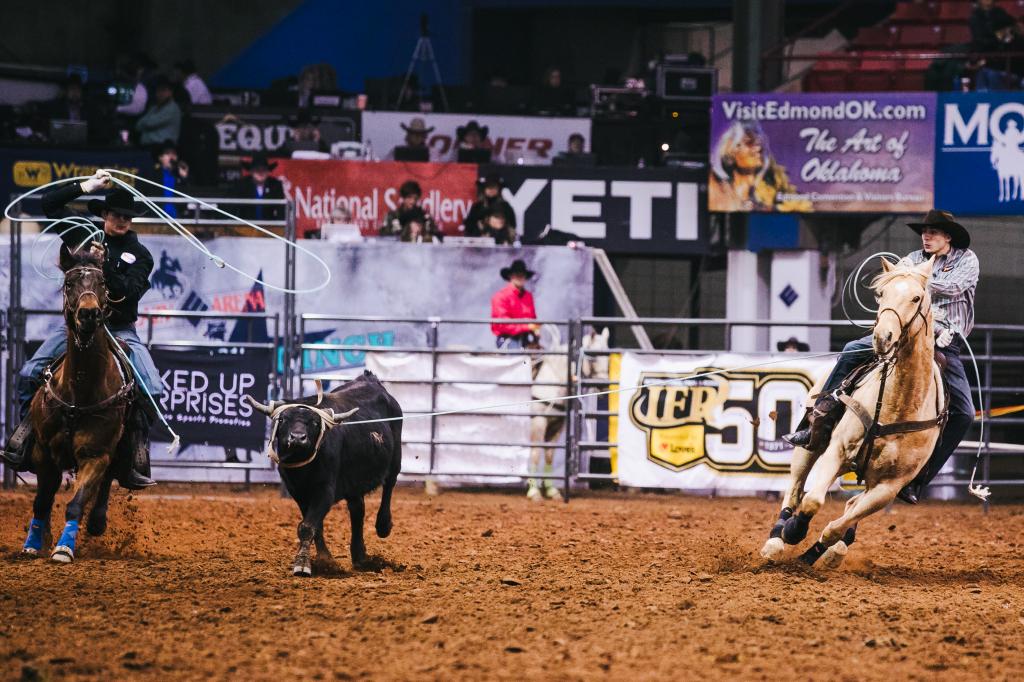 Quinton Parchman earned his first world title in 2017 and added to his resume at the conclusion of IFR50 when he and his heeler, Dalton Totty sealed the deal on world championship number two.

“I think winning this second gold buckle was more exciting than the first because it was a really close race and it came down to the last round,” said Quinton.  “Dalton and I planned our strategy and worked to keep level heads and just let it happen and it did.”

“Winning the world wasn’t originally my goal for the year, but Dalton set things in motion the last part of the season, so we went pretty hard to try to make it happen.  He missed winning the world by about $200.”

“My favorite rodeos of the year were East Lansing, MI and New Windsor, IL.  I like both of their set-ups and the atmosphere at both of them.”

“The advice I would give to a young team roper is to “keep entering no matter what”. I was blessed to have my dad and brother to mentor me when I was starting out.  I also had Chad Masters who lives close to us.  I had some great mentors growing up.”
“I’m grateful to Tanner Saunders who let me ride Gray Bear this year after my horse got hurt and was out most of the year.  Gray Bear earned the Head Horse of the Year award.  He’s an awesome horse.  I was fortunate that I was able to be back on my yellow horse at the IFR.”

“I’m still planning to make the IPRA finals again next year and I’m also planning to go to some of the bigger team roping’s and WCRA events.”