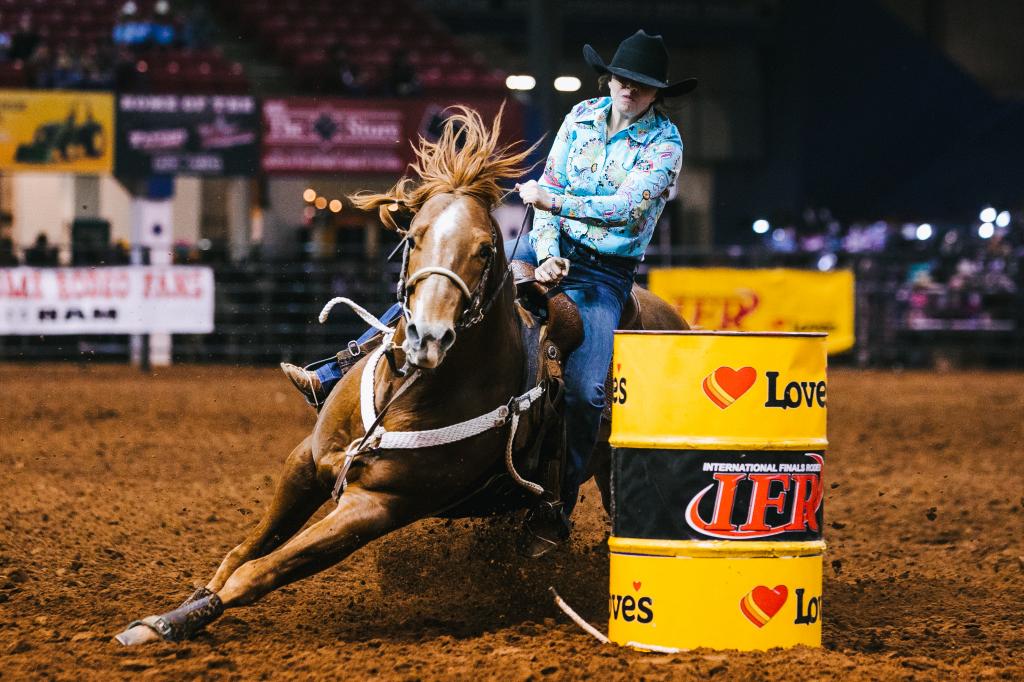 Winning a world title had been Jaylie’s goal at the beginning of 2019, but in October when her good mare, Sis, fractured her hock, she was uncertain how the season was going to play out.  “I didn’t know what to expect,” said Jaylie.  “Taycie let me ride Bud and he came through; he loves his job.”

“With everything that happened with my mare and having to switch horses, my goal for the IFR was to just win a round buckle,” said Jaylie.  “I wasn’t comfortable on Bud; I hadn’t run him enough to be comfortable and confident.  Our first-round run was our best run and we won the round and I got my buckle.  I was thrilled!”

“I didn’t have any expectations beyond winning that first round buckle.  Then we won the second round and I got another buckle.  The third round comes, and we won it, at that point I’m starting to realize that winning the world could actually happen.  I ended up having a great finals, but it was totally unexpected.”

“During the champions award banquet, they started talking about the IFR High Money Winner, I’d never given it a thought that I had a chance of winning that, so when they called my name, I was as shocked as everybody else, I had no idea!  I was so excited.”

“My advice to a young barrel racer would be to never give up, you’ll have down days, but it’ll get better.”