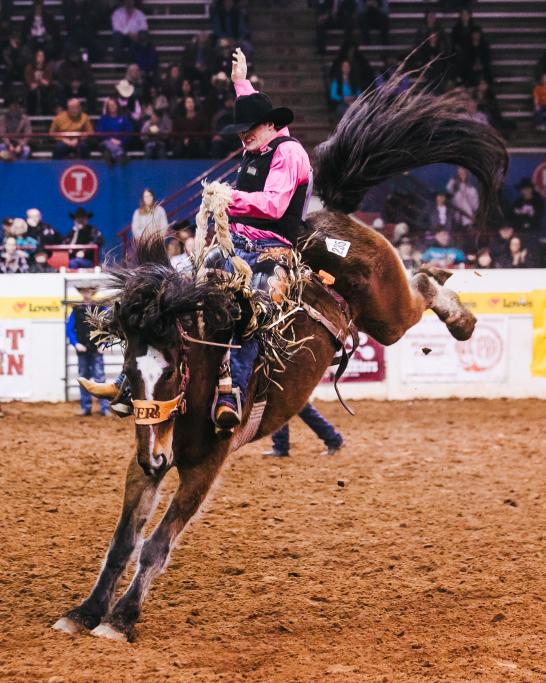 Timothy Troyer earned the 2018 IPRA Rookie of the Year title and answered back in 2019 by leaving the Lazy E Arena with his first gold buckle.  The world title was Troyer’s goal for his second season with the IPRA.  “When I started entering my rookie season, I had a lot of guys helping me.  I also attended one of Monty Henson’s school and that helped me a lot.”

Timothy came into IFR50 with a commanding lead and had the world championship already sewn up.  “I had a chance at the world title last year but pressure got to me.  This year, I knew it was mine and I just had fun each round.”

Troyer is currently attending Southwestern Oklahoma State University in Weatherford, OK working on his bachelor’s degree in business.  “I currently have my own fencing company and I’d like to have a construction company in the future.  I haven’t decided how hard I’m going to go in 2020, but I do want to come back to the IFR again.”

“My advice to a young bronc rider is to never give up and keep chasing your dreams and put everything in it,” said Timothy.